Would you like to switch to the accessible version of this site?

Don't need the accessible version of this site?

Where Did Halloween Come From and Why All the Candy? 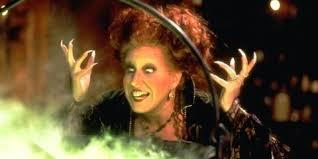 Contrary to what you may think, Halloween is not a holiday invented by dentists to get more business. Actually, you may be surprised to learn that the first Halloweens didn’t even involve candy at all!

So, what is Halloween if it’s not a night about dressing up and seeing how much candy you can bring home? Well, originally, it wasn’t the over-commercialized, money-making holiday that we know it to be. Historically, the holiday was religious in nature and held cultural significance to those who celebrated it. And while Americans will spend over 8 billion dollars on the holiday this year, Halloween, as we know it, is relatively new in the United States. 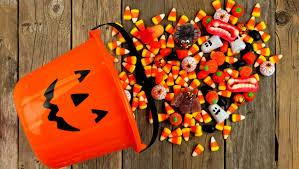 Halloween can be traced back to what is now Ireland, Scotland, England and parts of Northern Europe. It began as an ancient Celtic holiday called Samhain, around 2,000 years ago. This 3-day pagan religious holiday began around October 31. The ancient Celts believed that on this day, the line between the living and the spiritual realm was blurred and that ghosts from beyond could visit.

People “celebrating” the holiday were really trying to ward off evil and would hold special rites to keep monsters, witches and ghosts away. They would dress up as monsters to avoid be kidnapped by actual monsters. Now that sounds scary!

The rituals evolved and Celtic priests would hold bonfires to welcome the spirits back to the world of the living. Crops and animals would be burned as sacrifices to the gods and people would welcome the temporary return of their loved ones. Children would play games with the dead and adults with hold conversations with deceased loved ones. 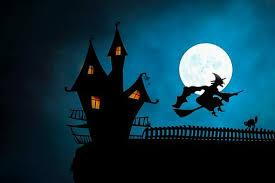 Many of our typical Halloween traditions actually came from the darker sides of this holiday. While people dressed as monsters to ward off evil spirits, they also carried treats with them as bribes in case they were confronted. Jack-o-lanterns were made from turnips and used as a way to light the dark, but also to scare off evil spirits.

Christianity changed the way we celebrate Halloween today. Changes in Catholic holidays, such as the feast of All Martyr’s Day on May 13 becoming All Saints’ Day on November 1 and the addition of All Soul’s Day, which focuses on praying for the dead, on November 2, were intended to help transition the population from paganism to Catholicism. All Soul’s Day embraced many of Samhain’s celebrations and included costumes such as saints, angels and devils. It also included bonfire, parades and celebrations.

During this holiday, people participated in “souling” by going to wealthier people’s homes and offering to pray for their deceased loved ones in exchange for money or food. Children also participated and would go from home to home, but in lieu of offering prayers, might sing or tell a joke, in exchange from a treat, such a fruit or coins. October 31 was then called All Hallow’s Eve, and then Halloween. 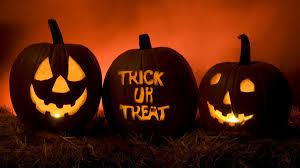 Though Halloween can trace its roots back more than 2,000 years ago, it didn’t pick up steam in the United States until the second half of the 19th century. Irish immigrants fled to America to escape the Potato Famine and brought their Halloween traditions with them. Halloween caught on as a fun holiday, but took a hit during the Great Depression. In the years following the war, however, it truly found its foothold in American culture.

Increasing suburbanization helped establish the practice of kid-friendly trick-or-treating as we know it today and candy companies realized what a gold mine this holiday could be for them. Commercialization of the once religious-based holiday has helped transform it into one of the most robust and fun holidays celebrated by the masses, as well as one of the most profitable. From decorations to costumes and candy, the average American is estimated to spend $92.12 on Halloween in 2020. So, is Halloween a trick, or a treat? That’s for you to decide!

Just remember, candy and treats may be sweet, but cavities are not! Anderson Pediatric Dentistry reminds adults and children- brush and floss after your Halloween candy binges!

If you are looking for a dental home for your child in Anderson, SC or the Upstate area, we would love to welcome you to our family. Call 864-760-1440 to schedule an appointment today and let us give you Something to Smile About! 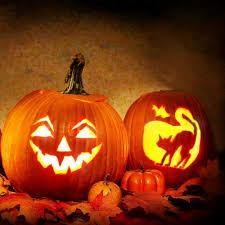